The International Temples Project was founded by Venerable Geshe Kelsang Gyatso Rinpoche with the vision to create a Kadampa Buddhist Temple in every major city in the world.

Its aim is to introduce the Buddhist Faith of the New Kadampa Tradition publicly and in particular to exemplify Buddhist practice through public service.

Pure Lands in our Troubled World

Some are custom built according to a special design developed by Geshe Kelsang based on traditional Buddhist architecture, such as the Mother Temple at Manjushri Kadampa Meditation Centre in England and the Temples in New York, Grand Canyon, Sintra and São Paulo.

Others are adapted from existing buildings acquired for Kadampa Meditation Centres around the world, such as the Temples in Toronto, Le Mans, Berlin, Zurich, Texas, and Melbourne.

Whatever form they take, Kadampa Temples are holy places open to everyone to enjoy. They are Pure Lands in our troubled world – offering doorways to inner peace for all who visit them.

“Whenever anyone, Buddhist or not, sees a Temple or an image of Buddha they receive blessings.”
Venerable Geshe Kelsang Gyatso Rinpoche

For more information about the International Temples Project, including ways you can help, visit kadampatemples.org 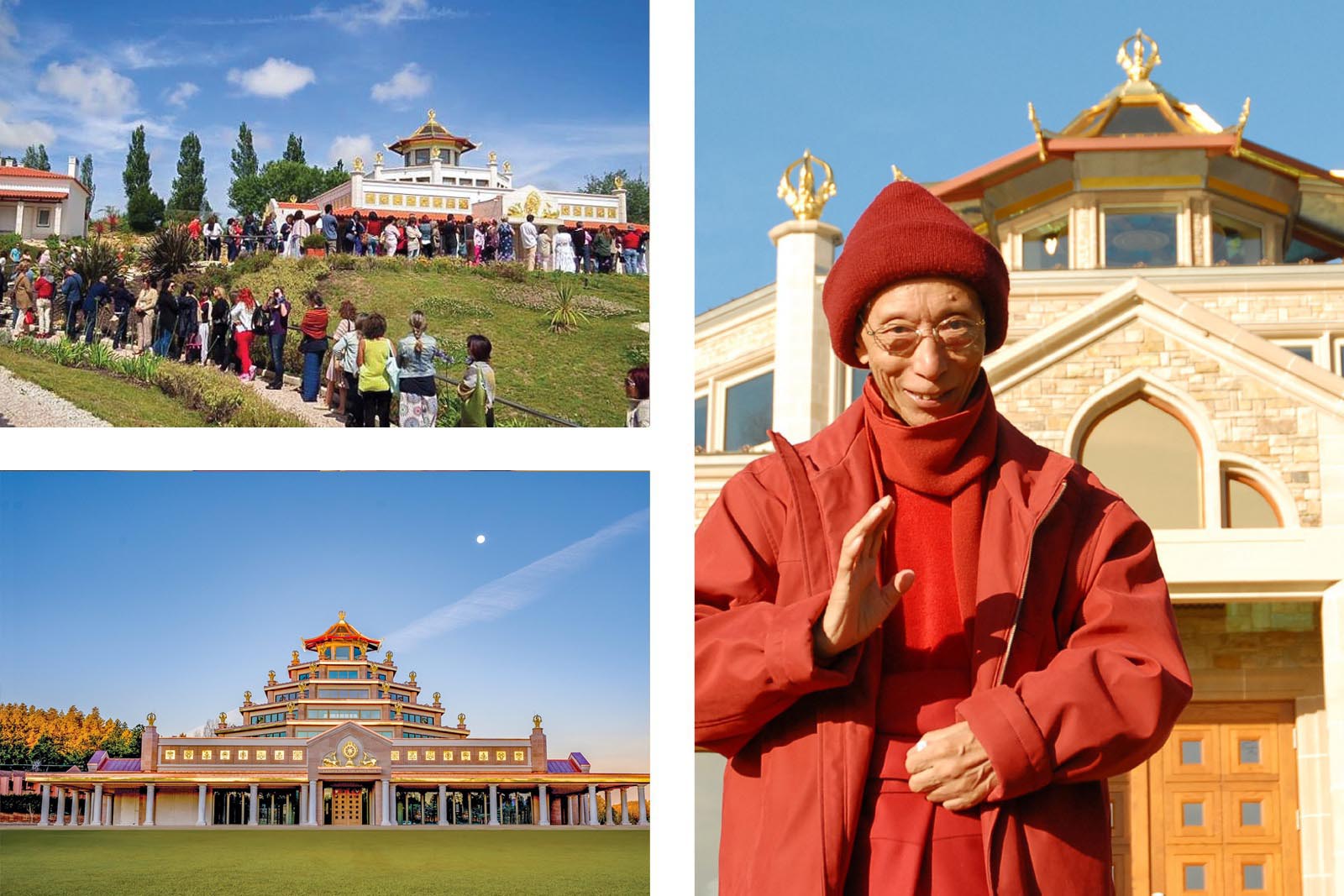